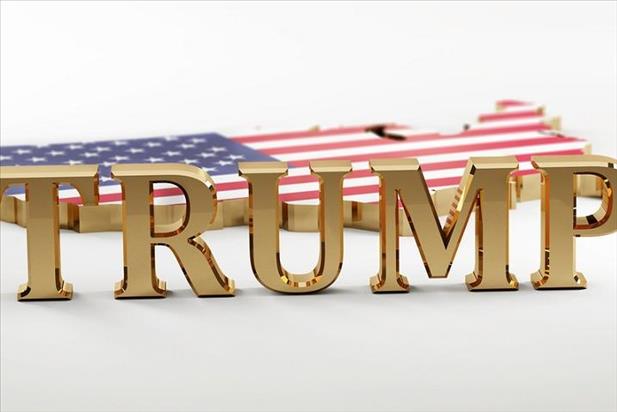 Trump, Jobs, and the Economy - What's Next?

When Bill Clinton was campaigning against George H.W. Bush in 1992, James Carville hung a sign in the campaign headquarters which listed the points they wanted to focus on. The one that everyone remembers is simple:

He said ‘stupid’ because of glaring obviousness of how vital the economy is in everyday life. Dividing the gap between all socioeconomic backgrounds are jobs.

But how does the economy look now? And how is the economy expected to grow with upcoming policies of President-elect Donald Trump?

The recently released Bureau of Labor Statistics report on November stated that the unemployment rate declined 0.3 percentage points to 4.3%. The business services, health care, and construction industries all saw upward movement with 63,000, 28,000, and 19,000 jobs added in November respectively.

While great news for most of Americans, there are cracks in the armor which allow for a cause for concern. Manufacturing has continued the very long trend of slow and steady decline, much like a beachside cliff facing erosion. Most notably, however, there was an increase in marginally attached persons* (approx. 215,000), thus slightly skewing the true meaning of the unemployment rate.

So while there are reasons to be concerned, overall the U.S. economy and job market are healthy and continue to see an upward trend. President-elect Trump has claimed to want to add 25 million more jobs within the next decade. What are his proposals and what is the most likely effect of those policy initiatives once they are separated from the jargon of the campaign?

Instinctively, we know that reducing taxes correlates with economic growth. This is because income that is otherwise collected by the government is instead spent into the economy, whether that is personal spending (i.e. buying bread) or corporate spending (i.e. hiring a baker). The Trump camp has argued that a tax cut across the board will encourage job growth, while other independent organizations argue that the GDP growth will be insignificant compared to the U.S. debt increase.

Tariffs, taxes on foreign goods sold domestically, are something that Trump has constantly threatened to impose on countries that don’t adhere to fair trade practices. In theory, a tariff on a product entering the U.S. would increase domestic jobs. This is made true because of the increased selling price of the foreign good, allowing for less competition for domestic producers in the U.S.. The threat of a tariff would, also theoretically, discourage unfair trade policies in other countries.

An unfortunate truth about tariffs is that they aren’t in a vacuum; other countries almost always retaliate with a tariff of equal measure. This would hurt our domestic job market by reducing our exports (U.S. goods sold to other countries).

No doubt, the deal to provide Carrier with a subsidy in order to keep approx. 1,000 jobs in Indiana was a savvy political move. The impact is easily felt and understood. The consequence of the deal, however, is more clouded as we look to the future. Subsidies from the state of Indiana incentivized United Technologies (Carrier Corporation’s parent company) to keep the jobs in the U.S. that would have otherwise left for Mexico. The question that everyone is asking is: Is this a new precedent for retaining jobs? Subsidies are given usually as incentives to move across state lines but they have not been used to discourage companies moving abroad. Is it possible to operate this way from a logistical or debt standpoint? Time will tell.

The economy is a tricky beast to understand because of how everything is connected. The President-elect will be able to influence a wide variety of variables that go into making the economy run and spur job growth. There are also factors that are not under the President’s control. The strength of the dollar (it’s very strong), the Federal Reserve rate (it’s going to increase), environmental influences (think droughts or heatwaves), and technological advances all influence how many jobs are created/lost.

This is all assuming the recent Time’s Person of the Year can get his plans through Congress, the entity that controls the purse strings.

But with the unprecedented election of Donald Trump, a person that has always been in the private sector, and the new way he is already approaching jobs, it’s going to be a wild ride. Buckle up.

*Persons not in the labor force who want and are available for work, and who have looked for a job sometime in the prior 12 months (or since the end of their last job if they held one within the past 12 months), but were not counted as unemployed because they had not searched for work in the 4 weeks preceding the survey. (http://www.bls.gov/bls/glossary.htm#M)

Ann Saphir - FED'S EVANS: 'We are on the cusp of a period of rising interest rates'