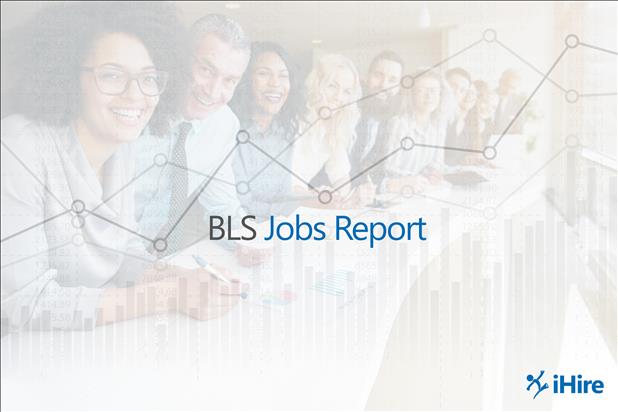 The August Jobs Report: What is the Current US Employment Situation?

The US Bureau of Labor Statistics (BLS) released their monthly look at the US employment situation and the data for August looks positive. The labor department jobs report examines a range of US jobs data to gauge the overall health of the US economy, specifically the number of jobs added, the unemployment rate, and what industries are hiring now.

Before we get to the August jobs report, let’s revisit July’s US job numbers. Last month, the BLS reported that nonfarm payroll employment jumped by 164,000 jobs. The unemployment rate stayed at 3.7% (approximately 6.1 million professionals). A deeper look at the US jobs data and industries hiring in 2019 showed moderate growth in a few areas while others declined or registered no change at all.

The August jobs report showed total nonfarm payroll employment increasing by 130,000, unemployment holding steady at 3.7%, and the number of unemployed persons decreasing very slightly to 6 million. Here are some other highlights of the labor department jobs report:

August saw promising growth for a few industries hiring in 2019. Professional and business services led the way with 37,000 jobs added in August. The federal government added 28,000 jobs for the month, including 25,000 temporary workers hired for the 2020 Census. Health care added 24,000 jobs, financial activities increased by 15,000 jobs, and social assistance continued an upward trend with 13,000 jobs added in August. Mining employment declined by 6,000 in August, following a loss of 5,000 jobs in July. Key industries like construction, manufacturing, transportation and warehousing, and leisure and hospitality saw no change.