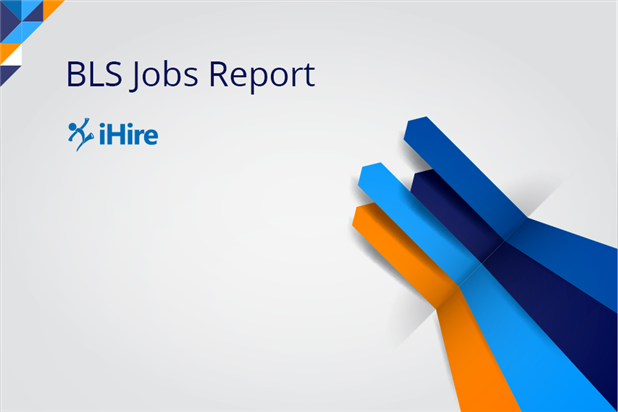 The May 2020 Jobs Report: What is the Current US Employment Situation?

The US Bureau of Labor Statistics (BLS) released their monthly overview of the US employment situation, and the data for May shows slight improvement from April in the wake of COVID-19 and the efforts to contain it. The labor department jobs report examines a range of US jobs data to gauge the overall health of the US economy, specifically the number of jobs added, the unemployment rate, and what industries are hiring now.

The May jobs report shows positive change in the labor market. Unemployment declined to 13.3% and total nonfarm payroll employment rose by 2.5 million, while the number of unemployed persons declined by 2.1 million to 21.0 million. These improvements are related to a limited resurgence in economy activity.

May brought job gains in many industries hiring in 2020. We saw the greatest employment change in leisure and hospitality with 1.2 million jobs added. Most of these gains came from food services and drinking places, accounting for about half of the gain in total nonfarm employment. We also a saw significant increase in construction and health services as normal activity began to resume. Here are the industries that were affected in May: 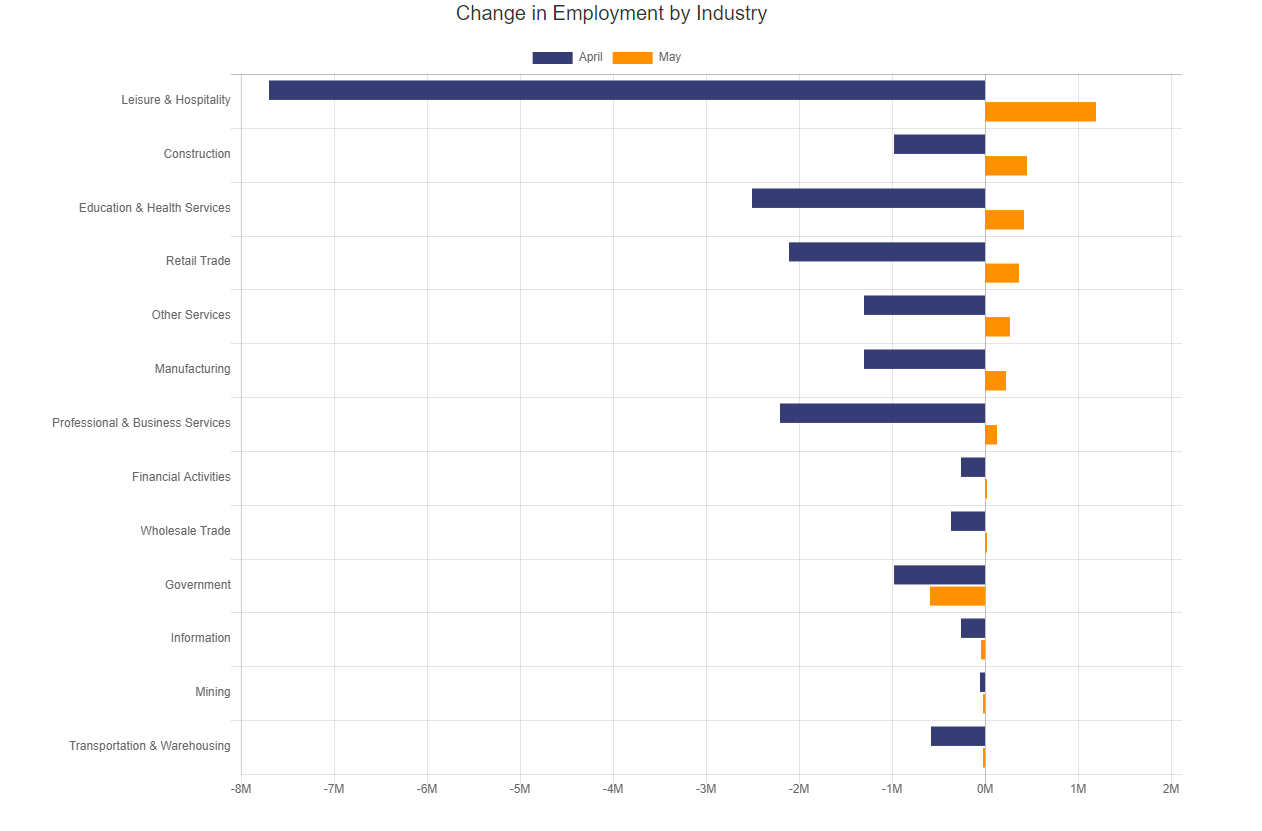 Overall, the labor department jobs report suggests that due to the impact of the coronavirus and efforts to contain it, the economy is still in poor shape despite some improvement. To track employment numbers and the health of the economy, check back for our summary of the BLS June jobs report on July 2, 2020.